You must be fascinated by the stories of the world’s most successful forex traders if you are like me. Who are these individuals, and how can I imitate them? A common thing that we tend to overlook is the countless hours and sleepless nights that were sacrificed.

Here is an article to highlight the stories that defined the most elite of forex traders. If you are looking for a spark to inspire your journey through the charts, you are in the right place. Here are the world’s most successful forex traders:

Born in 1930, George Soros began his financial career in London after fleeing Nazi-occupied Hungary. Mr. Soros worked at different financial institutions until 1970 when he established the Soros Fund Management.

In the last five decades, the fund has generated over $40 billion in profits.In 1992, George Soros rose to international fame when he broke the bank of London. The financial guru netted one billion dollars in profit after short-selling ten billion dollars’ worth of Sterling pounds. After failing to maintain the required band from Soros’ trade, the U.K. withdrew the currency from the European Exchange Rate Mechanism on Sept. 16, 1992. This trade is a highlight in his career to this day.

Stanley Druckenmiller started his career back in 1977 as a trainee at a Pittsburgh bank. Success came his way within four years, and he founded his own company, Duquesne Capital Management. Druckenmiller also managed money for George Soros as the lead portfolio manager for several years. He held this position at Quantum Fund between 1989 and 2000.

Druckenmiller also worked alongside Soros during the 1992 trade. The Bank of England trade propelled him to stardom. Druckenmiller’s fame intensified when he was featured in the best-seller, The New Market Wizard, 1992. After surviving the economic collapse of 2008, Druckenmiller closed down his hedge fund. He later admitted that he was worn down by the need to maintain his pristine track record.

In 1986, Andy Krieger joined Banker’s Trust in 1986. He immediately acquired a reputation as a successful trader, and his company increased his capital limit to $700 million. The increase was a significant step up from the standard $50 million thresholds. The resources put Krieger in the perfect position to profit from the crash of Oct. 19, 1986, or Black Monday.

Krieger laid his focus on the New Zealand Dollar (NZD). He believed that the currency was vulnerable to panic short-selling. He applied extraordinary leverage of 400:1 and acquired a short-position that was bigger than New Zealand’s cash supply. The result of the trade was over $300 million in profit. He left the company in the following year. He also reported that he pocketed $3 million in the trade.

Bill Lipschutz started his trading career in the late 1970s while attending Cornell University. In that stint, he managed to turn $12,000 into $250,000. Unfortunately, he lost the entire fund after one poor decision. A hard lesson in risk management that he carried for the rest of his career. While pursuing his MBA degree, he began working for the Salomon Brothers in 1982.

Lipschutz moved into Salomon’s newly-formed Fx Division. At this time, the forex market was exploding in popularity. Lipschutz was an immediate success, earning the company $300 million per year by 1985. In 1984, he became the company’s principal trader, a position he held until his departure in 1990. Since 1995, he has held the position of director of portfolio management at Hathersage Capital Management.

Born in 1945 in Brooklyn, New York, Bruce Kovner didn’t make his debut until he was 32 in 1977. He borrowed some money against his credit to buy soybean futures contracts. He netted $20,000 in profits from the trade. Following the success, he joined Commodities Corporation as a trader. He booked millions in profits and won the respect of his peers.

In 1983, Kovner founded Caxton Alternative Management. In the process, he transformed the firm into one of the world’s most successful hedge funds with over $12 billion in assets. Bruce Kovner was a big player in the forex world until he retired in 2011.

From George Soros to Bruce Kovner, one theme recurs. All the traders in this article have profited from thoughtful trades. From Bill Lipschutz’s story, we can learn that losses do happen. A loss is acceptable in forex as long as you are willing to learn from it. Self-confidence, persistence, and an incredible appetite of risk are the key ingredients of success in forex trading.

Are you inspired? Are you ready to march on to success as a trader? Keep educating yourself, and you may become one of the world’s most successful forex traders.

The Best Forex Demo Accounts Out There (2020)

How to Trade Forex: 2020 Forex Trading for Beginners

My Trade is about helping you make the best financial decisions and take learned steps in venturing into profitable trades every other time. Our interest is to see your money grow and take you beyond set destinations. It's not where you get, it's how far you go! 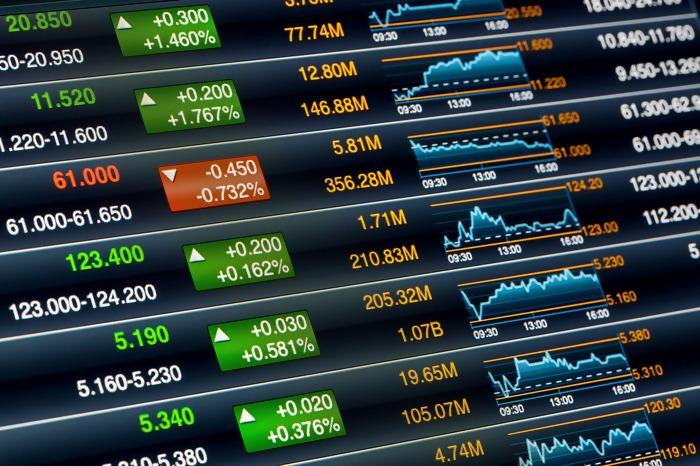